Rover A: the craftsman’s choice

Duncan Doig of Doig Furniture explains why his recent purchase of a Biesse Rover A five-axis machine is something he should have done long ago.

There is something rather wholesome about the image of a furniture craftsman whittling away in a small workshop, the smell of oak heavy in the air, an array of hand tools laid out neatly on a workbench, newly-honed chisels glinting in the sunlight. That’s the traditional image, the romantic image. It’s the image many craftsmen still like to portray.

Duncan Doig is just such a craftsman: traditionally trained, he has an eye for perfection and takes real pride in delivering it. But like many craftsmen, Duncan has discovered the benefits CNC machinery can bring to the workshop of the traditional designer-maker: the increased accuracy; the repeatability; the ability to joint more accurately and more consistently; and the facility to delegate jobs that require standardised procedures to a machine that can do them better and faster while freeing up real craftsmen for tasks where only cabinet-making skills will suffice.

With the CNC, dimensions are much more accurate and if you are working at the top end of the market, it’s a key consideration.

If you agree, read the full PDF article here which includes the machines additional features and what else manufacturers can get from it. 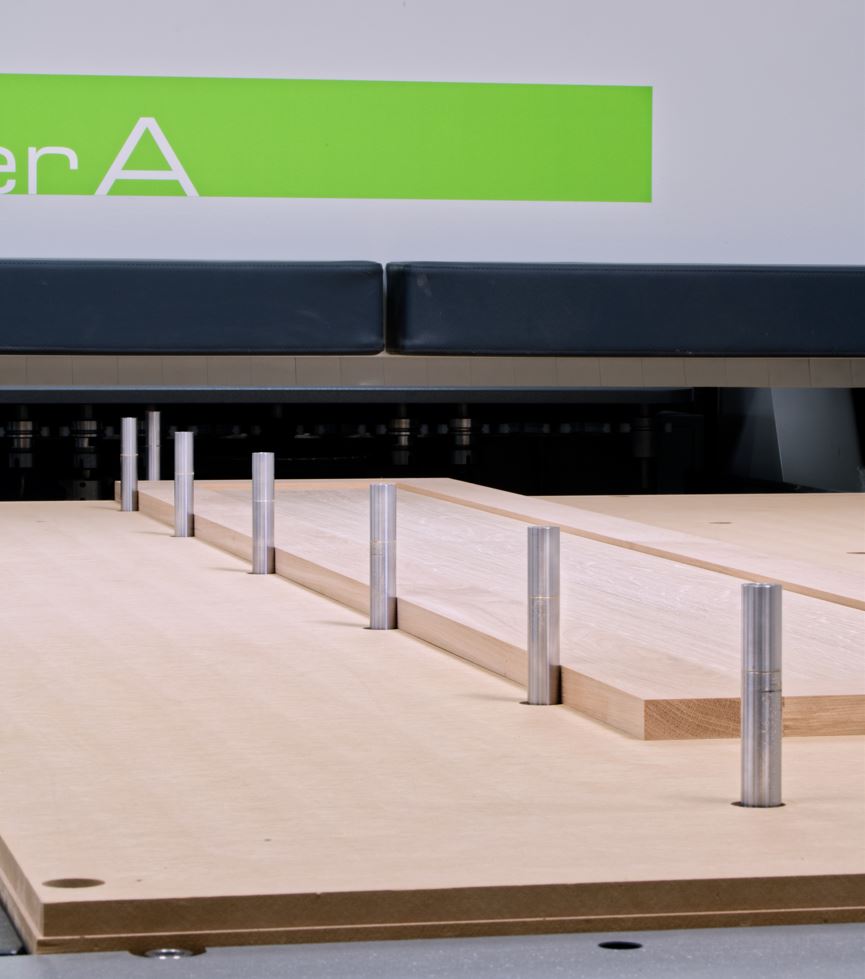