The game-changer with the Selco WN 6 ROS is that we have kept the frame of a standard machine but replaced the air tables, so everything can be done by the robot instead of an operator.

Many companies who exhibit at AWFS are known for demonstrating woodworking machines they herald as new, innovative or improved. But this year Selco Product Area Manager Paolo Pezzoli and the team at Biesse are showcasing something that truly lives up to being described as “revolutionary.” They have worked nonstop to introduce their new WN 6 ROS Panel Saw with Integrated Robot to Europe at Ligna 2019 in Germany. At the AWFS Fair July 17-20 in Las Vegas, it will be North America’s turn to get a firsthand look at a product that will go down in history as a woodworking game changer.

Pezzoli explained how the WN 6 ROS (Robotically Operated System) Panel Saw totally changes what’s possible for forward-thinking decision makers who need versatility, efficiency and solid investment returns. “In recent years, most woodworking machines have evolved greatly, but beam saws have not,” he said. “Until now, an operator had to be in front of the machine, constantly moving panels, rotating strips, pressing the start button to begin every cutting cycle and most of the time, manually applying labeling and performing other operations. The game-changer with the Selco WN 6 ROS is that we have kept the frame of a standard machine but replaced the air tables, so everything can be done by the robot instead of an operator.”

Sorting the parts from different jobs can be challenging for human operators, but a robot can easily keep them all in order and apply software-generated labeling, effectively eliminating mix-ups and errors as the parts move on to drilling, edgebanding or other processes. Efficiency is also enhanced because a robot doesn’t need breaks like an operator. There are no variables in determining how quickly a job can be done, and panel cutting is invariably consistent. “When you have someone on the first shift with 10 years of experience and someone on the third shift who just started, you aren’t assured of consistent quality,” Pezzoli said. “The robot performs the operation in the exact same way today, a month from now, and a year from now.”

The way the machine is designed also enhances operational efficiency. For example, the Selco WN 6 ROS Panel Saw has the added advantage of their patented Twin Pusher 2.1, an exclusive feature available as an option on many Biesse beam saws but standard with the ROS, that enables faster operation, optimizing the movements during the cutting cycle. In addition, the ROS eliminates the need for an operator to stop the machine and handle waste management. Trims fall into a trap and are managed automatically.

Robotic operating systems are truly having a revolutionary effect in a time when unemployment rates are so low in the U.S. “The competition is intense for both highly skilled and unskilled positions, especially since the woodworking industry may not be the first choice among younger workers who are interested in jobs focused on technology instead of manual work,” Pezzoli said. “Investing in robotics now will succeed in lowering payroll and training costs for years to come.”

In addition to the new WN 6 ROS Panel Saw, experts in Biesse’s booth at AWFS can fully educate visitors about other panel saw options such as the Selco WN 2, designed for companies who are just beginning their journeys from manual machinery to automated cutting technology. 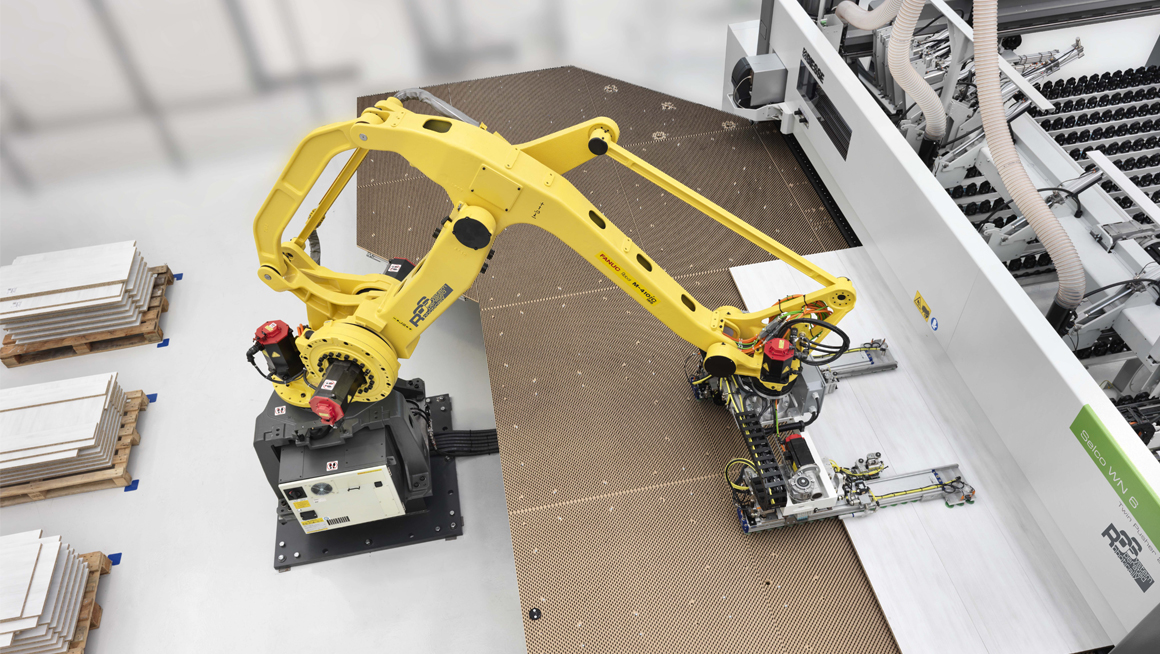 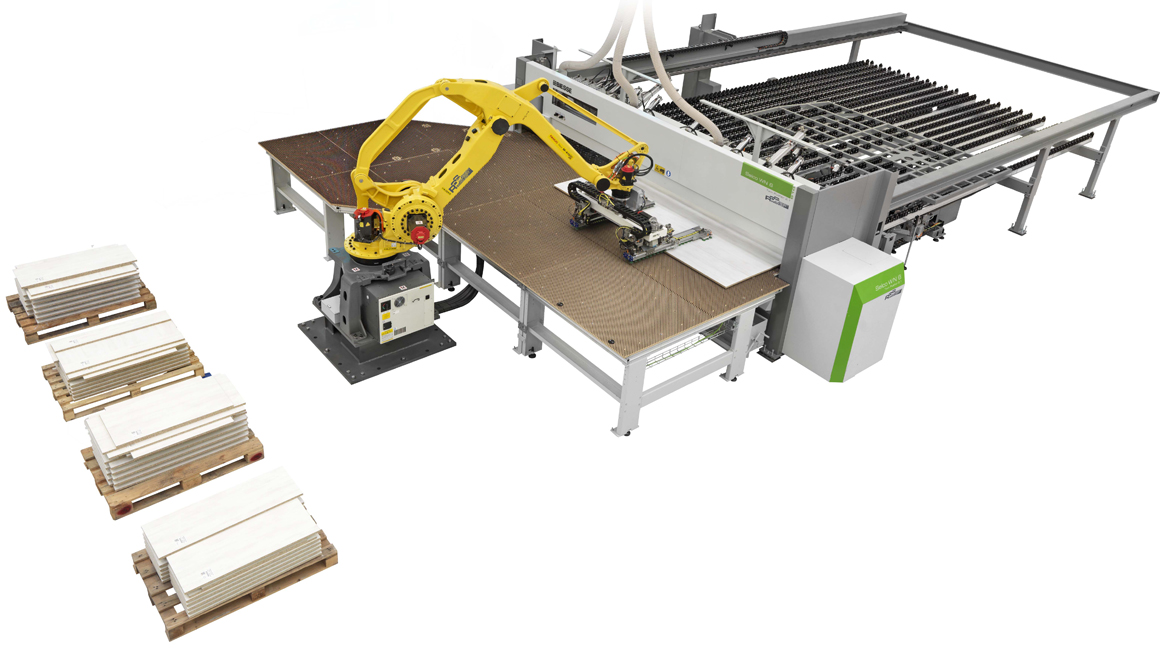