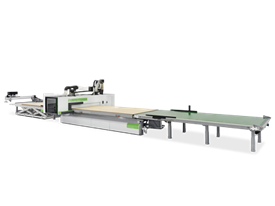 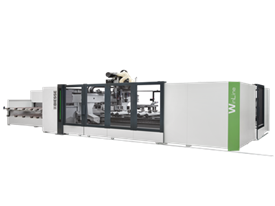 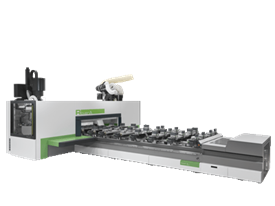 Top Notch Cabinets has been designing and building beautiful interiors since 1991 and Rob Altiparmakyan, who owns and operates the company along with his wife Valerie Thompson, says the key to their success has been technology.
Well, of course that’s not all.
It takes all the usual attributes to get a new company off the ground successfully. Hard work, passion, dedication and commitment, but Altiparmakyan says he firmly believes once you’ve made the decision to make a go of it, using technology is the key to success.
“We started the company as a temporary gig. It was meant to be a temporary thing and me and my girlfriend and now wife (Valerie Thompson, Top Notch’s CEO/Designer), got a small business start-up loan from the bank to start it,” Altiparmakyan said.
“I was working in construction, but in the late ‘80s it just dried up so in ’91, the contractor I was working for was slow, and I had a couple of people ask me to do some trim work for them and build them some cabinets and next thing you know I am building small pieces of furniture.
“So we decided to try that for a while and we started the business together and we are still married,” he says with a laugh.
Altiparmakyan’s background is Armenian, but Turkey was home until he was about 14, and he went to school in the UK, because his mom is English.
His father owned a leather tannery in Istanbul, Turkey and Altiparmakyan says it was there that he first learned that technology is important for your business
“My dad had this big factory and growing up I spent a couple of summers working for him. He liked equipment and he always invested in technology and it served him well.
“I learned that from him and when we got this business going and when it started to grow my dad reminded me again that technology is crucial and that having the right equipment is important for me to succeed. So I followed his advice.

Find your own solution
But this is Top Notch Cabinets’ solution and what works for them doesn’t necessarily work for everyone. Every company has different needs, and while Altiparmakyan is certain  he has found the right solutions for  his business, his recommendation  to everyone else is to make sure  they do their homework.
“If you want to implement technology, it also means that you have to be willing to take certain risks to get there.
Sure, do your homework, do the research, see what other shops are using and talk to people. But in the end it comes down to what works for you.”
Altiparmakyan says he has tried a lot of software over the years and “we’ve crashed and burned many times, but that is just the way it is. You have to be careful, but at the same time you can’t be afraid of it and not do anything because that’s when you fall behind.
He also says whether or not a shop adopts technology depends on what the owner believes in and has experienced. Yes, it requires a certain level of commitment, but he firmly believes that if a shop were to spend the time and money – and it doesn’t have to be a huge investment, the important part is to get started, baby steps – they will see a return on that investment of time and money.
For him it was a process. He started with software and simple machines, but he continued to make improvements.
“I read a lot about this business, I am always looking for better and quicker ways of doing stuff, that is part of my fabric and I seem to be one of these guys that seems to problem solve well, which is important in this business.
“My father was very influential for showing and teaching me and my mom always said you can do anything if you put your mind to it. They are very encouraging parents. That’s why I have three siblings who are also in business for themselves.
In fact, his family history shows a strong entrepreneurial spirit.
Altiparmakyan says as far as back as they can trace on his dad’s side of the family, every person has worked for themselves since the late 1800’s, “which is crazy. It’s not for everybody, a lot of people shy away from it, it’s a lot of risk and a lot of stress.”
For anyone running a small to medium shop, he recommends a similar approach.
“So I would say software. I think it has to start with software, something that helps you track what you are doing.
“Design software has been the key for me and I think if you are not already doing it, you should definitely invest in that.
“Also, it is important that if you are looking at new machines, make sure that you buy from a manufacturer that has good machine software.
“And for me personally, my hardest thing with technology is getting the guys to buy into it.”
People often worry that a machine could replace them, but that has not been the case here. In fact more technology has never meant layoffs at Top Notch Cabinets. It just meant increased capacity and more efficient production and not having to hire additional staff.
“All the people that were here are still here.”
“But just as an example, take that new Cefla finishing line, I bought it about a year ago (so there is another investment in technology and they are about to add a drying tunnel as well), and it’s a great machine. When we first got it, it was used for a bit then it wasn’t, then came complaints that it wasn’t doing a good job, that it wasn’t doing this or that.
“So I called my suppliers and asked them to show the guys how to use it and start using it more.
“We started with priming, I said no more priming in the booths, and we did that. Then we added topcoats and it’s pretty good now, but I think we can run it a lot more still and we will get there.”
“So now I am looking at whether we still need two booths and two guys or whether I take the one guy out of his booth and tell him to run the machine all day long.
“We also tape up all the backs of our doors to eliminate overspray and with the machine we don’t have to do that anymore. We were going through $1,200 of masking tape every month, and we are also saving the time it took to do that.
Sanding and finishing aren’t the greatest jobs in a shop Altiparmakyan says, and by adding these machines they are cleaning that up.
We are committing a million-plus dollars right here, but you know, I am making that investment because it’s the right thing for the company, for growth and to stay competitive.
“I am lucky, we have great people here, there are many longer term employees, they do great work, they are loyal and they help out, they step up to the plate when we’re behind,” he says
“We have been successful because we are a great team and because  we use the right tools for the job.
“Take Val, she is really good at what she does, she is good with clients, a great designer and she is not a hard sales person who pushes people. And she loves what she does.
“And I love what I do in the back, most of the time (he laughs), and it also helps that I have done every job in the back. So if the CNC guy doesn’t show up, I can run the machine. Not as well as him, but I can still run it.
“There is no task in here I can’t do if I had to. And the respect is greater because they know I’ve done it.”

Go Lean
Last but not least, Altiparmakyan encourages everyone to implement Lean.
“That really impressed me when I first came across it. I started reading about it and then I talked to some people and immediately started to implement it.
“It wasn’t easy to get everyone in the shop to get started, but it is working. It is a productive way of thinking. It’s good for everybody and it’s not hard to get started and it’s cheap. You can’t afford not to do it.
“We went around the shop and made small improvements here and there. It is a process, but it’s not hard, it just take commitment and a little time until everybody gets on board.
I didn’t want to preach and push everybody, but we got it started, baby steps, and I think by now everyone is seeing the improvements.”
Altiparmakyan says all the little things, like having the right tools in the right place rather than having to walk around looking for them, will add up.
“If you add them all up, these small improvements everywhere make a huge difference.”
“We get so used to doing something a certain way that it is difficult to see what you are doing wrong or recognize ways to improve.”
Altiparmakyan is also not shy about asking for help, which is why he recently asked one of his suppliers to walk through the shop and point out things they were doing wrong. There were a couple of areas that needed improvements and everyone in the shop agreed the changes made things better, he said.
“We are really busy right now, we are working on multi-million dollar condos here in Oakville and I am being asked to bid on jobs in the Caymans and I’m working on a job in Aruba right now,” he says.
“That’s great, and we are very fortunate to be in that position, but it also means a lot of pressure.
“Getting the work seems to be quite easy for us right now and that’s a great position to be in, but the challenge is to get all of it done. And that’s another reason for investing heavily in more and better equipment.
We really have to plan ahead.

It pays to invest
Altiparmakyan says the math for this latest investment is that they are spending about $1.2 million on new equipment, which will give them an increase in the volume they can produce. On top of that is the fact that they don’t have to hire any new people to achieve those production increases.
“So we should be able to pay for this new equipment in about a year and a half. Right now finishing is our biggest bottleneck, and by adding the two sanders and maximizing the use of our finishing line we can be about 50 per cent more productive.
“That, along with the other changes we are making, will make us a better company.”

About Top Notch Cabinets
Top Notch Cabinets has been designing beautiful interiors since 1991 and the company offers a completely customizable experience that lets their clients turn their imagination into reality. Powered by a team of handpicked designers, technicians, cabinetmakers, finishers and installers, they can handle any project, no matter the shape or size. Kitchens. Closets. Living rooms. Bathrooms. Everything in between.
The company operates from a 25,000 sq. ft facility and 90 per cent of the work they do is with builders and renovations.